Into the Digital Future with Invoice Workflows

The “eInvoice and invoice workflow” project was initiated after a presentation by Axians Infoma, based on the idea to implement mandatory electronic invoice processing by 2020 and convert physical paper invoice processing to digital processing via the invoice workflow integrated into Infoma newsystem financial accounting. Because the municipality intends to undertake other digitization processes in the medium term – including eFiles, document management systems, electronic communication with courts – project managers believed starting future digital administration with this area was the right idea. Höhr-Grenzhausen already uses electronic archiving, so at least some of the necessary framework conditions were already in place. In addition, the project also ensured fulfillment of EU directive 2014/55/EU.

Although it had the support of the mayor, who is highly interested in digital developments and open to change, the three-person project group including Sebastian Kilb, Deputy Financial Department Manager and IT Administrators Klaus Specht and Philipp Menges still needed to show some patience. They needed a resolution from the central and financial committee of the municipality to introduce the eInvoice and place an order with Axians Infoma. “We needed full, transparent information for the decision-making process by policy committees in order to provide the budgetary funds needed and place orders over a certain value limit. That took time” said Sebastian Kilb.

In contrast, introducing the invoice workflow was a seamless process that took just six months.

Since the start of go live in November 2018, employees from the core administration, the honorary mayor and employees at regional offices have all been using the invoice workflow in some way. “Ultimately, the introduction of the digital invoice workflow affected the entire administration” says Sebastian Kilb. “Almost every employee receives funds, for instance to make payments or submit orders to companies. That means every colleague needs to use the workflow sooner or later.”

That made it all the more important to involve all stakeholders early on and ensure clear communication of the associated changes – we needed to adjust instructions, change structures, and ensure transparency and the flow of information. These were just some reasons a few employees had concerns about the new process. “We were able to clear these up quickly, however” remembers Sebastian Kilb. “We offered three training dates where we went through the entire workflow. After our colleagues had become more familiar with the process, most of them saw the changes as positive.”

These changes offered clear benefits such as time savings, better quality in bookings, and transparency regarding the entire invoicing process, all the results of a user-friendly and consistent digital process. Changing from decentralized initial account assignments and central document posting to central bookings and initial account assignments, for instance, allowed administrators to focus on their core duties and have more capacity to handle other ongoing issues. The mayor, who used to have to review all paper-based invoices, can still view any invoice in the workflow without having to be actively involved in it.

At the same time, a significantly lower error rate is expected after the initial training process. In the past, corrections and rebookings often created additional work. One reason for this was that administrators not only needed to handle their own duties, but also handle initial account assignments of invoices. However, their unfamiliarity with budget planning, coverage, or other fund management regulations meant they often failed to take them into account correctly. “Because financial bookings are now handled centrally, employees can select the budget unit that works with budget planning, etc. on a day to day basis. This helps them avoid essentially all incorrect bookings and questions” says Sebastian Kilb.

Key advantages for Sebastian Kilb include transparency regarding the entire invoicing process:

Digitizing the invoices at the start of the workflow means responsible employees can always see where a specific invoice is and what process step it’s currently in.

This means not only that long internal invoice processes are a thing of the past, but also that it is easier to monitor and comply with discount deadlines.

The solution has not been in productive operation long enough to assign a monetary value to the cost savings. With roughly 12,000 invoices per year, however, the associated municipal administration expects to see significant savings in paper and printing costs alone. However, the effects of reduced timelines and better quality invoice processing are already clear. For Sebastian Kilb, starting electronic invoice workflows and the experience gained in this area are good preparations for the next step of adding more digitization Projects. 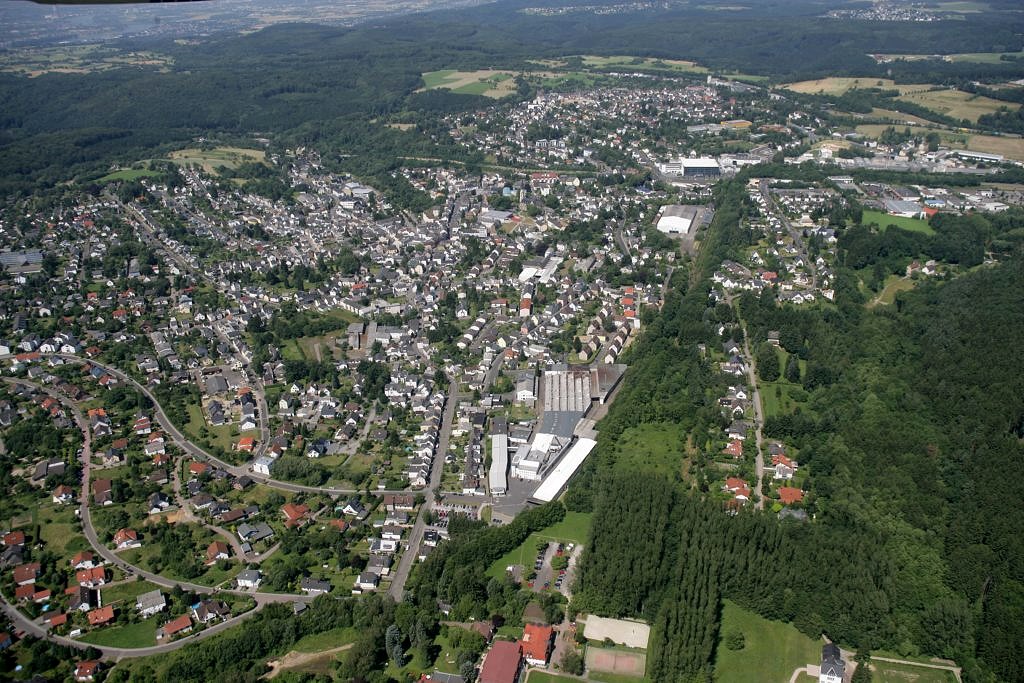 A presentation by Axians Infoma was the impetus behind the idea to implement mandatory electronic invoice processing by 2020 and convert physical paper invoice processing to digital processing via the invoice workflow integrated into Infoma newsystem financial accounting. In doing so, the municipality of Höhr-Grenzhausen not only fulfilled EU directive 2014/55/EU early, but also initiated its plan for digital administration.

In use in the Höhr-Grenzhausen Associated Municipal Administration